During the past 25 years, Babcock Center has made the following contributions to South Carolina, the greater Columbia community, people with disabilities and their families:

In 1971, Mrs. Duffie signed a contract with the SC Department of Disabilities and Special Needs, formerly known as the Department of Mental Retardation, and Babcock Center became the first private community organization to receive funding from this agency.

In the early 1970s, Mrs. Duffie discovered a married couple with disabilities living in a chicken coop. She secured housing for them and this event would influence the work of Babcock Center for many years.

Mrs. Duffie immediately began working to meet housing needs of people with disabilities who were homeless or could no longer remain with their natural families. Babcock Center launched South Carolina’s first community residential services for adults with intellectual disabilities.

Mrs. Duffie was the primary founder of the SC Human Service Providers’ Association. Today, this organization provides support to agencies and professionals who serve people with autism, intellectual disabilities, head injuries, spinal cord injuries or related disabilities. Throughout Babcock Center’s history, its professionals continued to first consider the wishes, choices and preferences of people with disabilities and their families.

Babcock Center established a Family Observation Committee to ensure quality standards of support and to make recommendations from a family perspective. This committee served as a role model for local family advisory councils throughout South Carolina and other states.

In 1988, Babcock Center Foundation was established to support Babcock Center through a variety of programs, including volunteer placements and fund-raising events. The foundation also sponsors regular meetings and special events for families who receive services from Babcock Center and works to meet needs of people with disabilities if no other funding source is available.

In 1993, a new agency – the South Carolina Department of Disabilities and Special Needs (SCDDSN) – was formed to give people with lifelong disabilities a voice at the highest level of state government. One year later, Risley E. Linder Sr. became President /CEO of Babcock Center.

Babcock Center also shifted its priorities to focus greater effort in areas of prevention and family support and to provide home-like alternatives when family care was not possible.

In keeping with its broader mission, Babcock Center became the first nonprofit community organization in South Carolina to serve people with severe head injuries or spinal cord injuries through  a contract with DDSN.

Today, newly led by President & CEO Thoyd B. Warren and Deputy Executive Director Donna Hall, Babcock Center offers great expectations and bright futures to over 800 citizens with lifelong disabilities. People with disabilities have the opportunity to advocate on their own behalf, to make choices about where to live, work and participate in leisure and other activities that contribute to their well-being and personal satisfaction. They have the right to learn the skills and receive the supports necessary to participate as valued members of our community. They are neighbors and are fully included in activities with individuals who do not have disabilities.

Dr. James Woods Babcock was born in Chester, SC in 1856. After earning a medical degree from Harvard University, Dr. Babcock served as assistant physician at McLean Asylum in Somerville, MA.

During his career, Dr. Babcock made many important contributions to medical science. He was responsible for the identification of Pellagra in the United States. Dr. Babcock was also the first physician to call attention to the enormous death rate from tuberculosis among patients in institutions for people with mental illness. He wrote many books and papers about medical services.

After leaving his post at the State Hospital in 1914, Dr. Babcock established and operated the Waverly Sanitarium in Columbia. Waverly performed a needed function by relieving some of the patient load from the State Hospital and served as a place where people with acute psychoses could find haven for short periods. From 1915 until his death in 1922, he also served as professor of mental diseases at the SC Medical College in Charleston.

Babcock Center, Inc. became a comprehensive service organization to meet the many needs of people with disabilities in the former facilities of Dr. Babcock’s Waverly Sanitarium. While this building has been demolished, the enthusiasm and commitment which characterized Babcock Center’s early efforts continues to be a driving force. 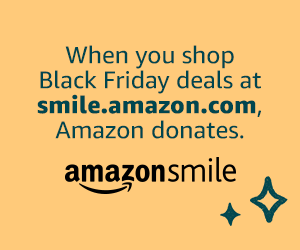 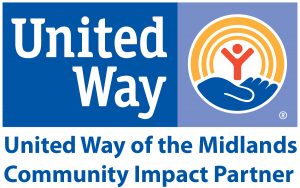